Dried Amaranthus comes from an annual Amaranthus plant, which belongs to the amaranth family (Amarantaceae). Originally, the Amaranth comes from the tropical regions of South America. The name is derived from marainesthai which means to wither, but the 'a' is a negation. A non-withering flower. Amaranthus symbolizes immortality. The remarkable flower shape makes the Amaranthus a popular flower that can be used in many ways. Put a hanging dried Amaranth in your bouquet and it has a graceful appearance, very suitable for a wedding bouquet. The long flower clusters are also beautiful to weave through floral arrangements, for example when decorating an event. From the 19th century a number of amaranth species have become known in Northwestern Europe. Several species occur as garden plants. As a cut flower, the Amaranth is available in both hanging and upright varieties. The hanging plume-shaped flower spikes of Amaranthus caudatus are also called loosestrifes. Dried Amaranthus caudatus comes in light green to crimson red, the upright variety in green, orange-brown and purple. Whatever form you want to use dried amaranthus in, this flower is very suitable for a special dried autumn bouquet.

Do you know!
Some varieties are used as vegetables in eastern Asia, in Africa (including Amaranthus viridis) and in Greece, where it is called vlita (βλήτα) (Amaranthus blitum var. sylvestre), one of the many varieties of chórta (χόρτα). The plants have an earthy, full flavor. Amaranth appears on the menu in some restaurants as 'Chinese spinach'. The seeds were an important food source for the Incas, the food is now known as 'kiwicha' in the Andes. The Aztecs used the seeds for the preparation of ritual drinks and food. In Europe, the plant is known as a grain substitute in a gluten-free diet. 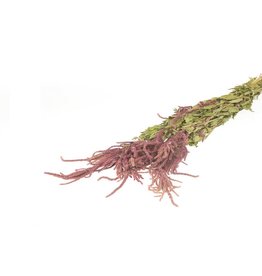 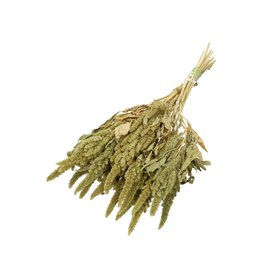 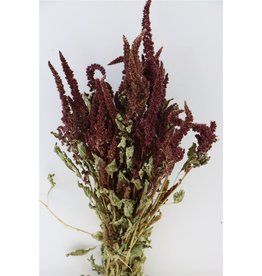 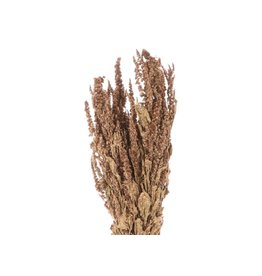 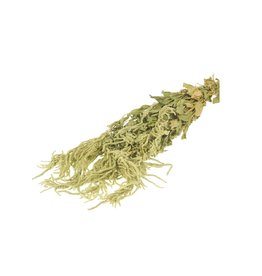 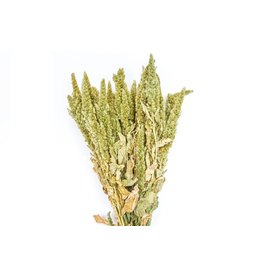 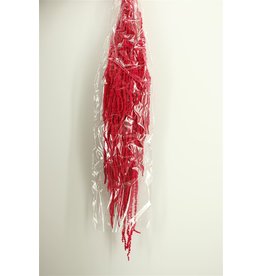 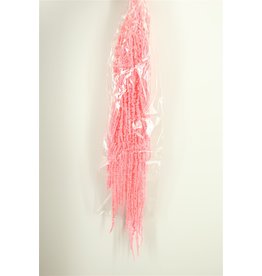 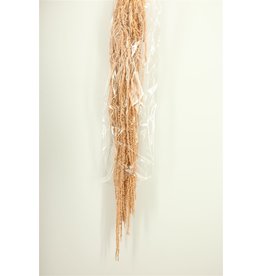 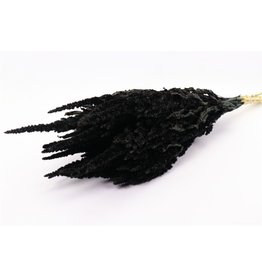 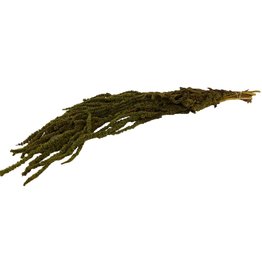 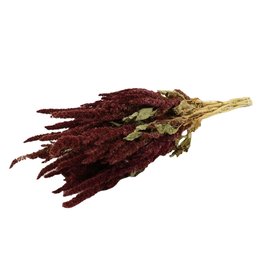